How we built Cledara app in 7 weeks, so founders could focus on fundraising and growth. 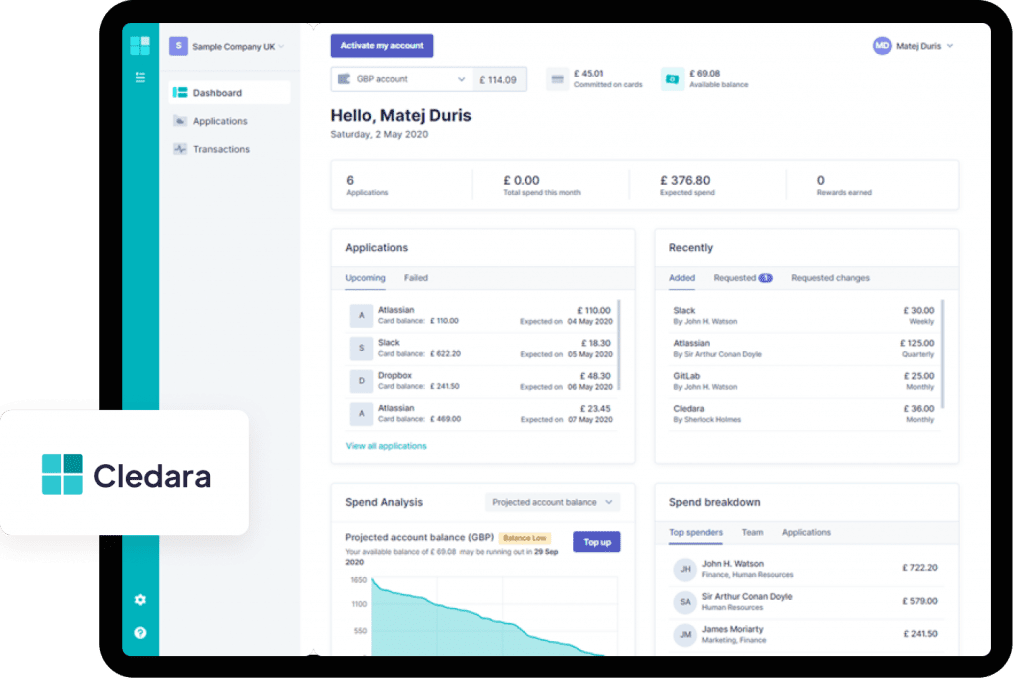 Cledara is an all-in-one SaaS purchasing and management platform, which lets you issue virtual cards instantly to use for SaaS subscriptions. You setup permissions, rules and limits to be fully in control and receive cashback rewards as you spend. We helped the founding team launch in just 7 weeks and have been developing since. While we built the tech, the founding team focused on customer acquisition, growth and fundraising. Cledara won SaaS startup of the year  immediately after launch and one year later raised nearly 1 million euros from Anthemis/BBVA and Techstars.

Cledara was looking for an engineering team to build and take care of the whole development of the product as they acquire first customers and raise capital for further growth. The goal was to build the MVP in a very short time to showcase at the upcoming SaaStock conference, gather feedback from the SaaS market and then build out new features in the following months and years. This also required having a lean flexible team, which could be upscaled and downscaled based on current demand for features. And since the app would require issuing of cards and bank transfers via third party APIs, Cledara needed a team with deep knowledge of banking and card payments.

Vacuumlabs has provided us with an amazing team of engineers who deliver a great product and help our vision come true. They bring in the right expertise when needed, they challenge us, and they look for simple solutions to difficult problems; meaning we can move fast, learn and iterate. 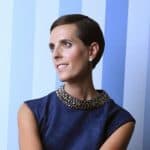 Our collaboration with Cledara began with a small crossfunctional team composed of three fullstack developers and a project lead, which helped the founder rigorously prioritize critical features for launch. After launching the first MVP in just 7 weeks, the team has been scaled based on current needs and requirements. For some time, our team lead the tech until Cledara built up their internal tech team. Our work included designing the user interface, building the app in React, deploying to AWS cloud infrastructure and supporting the service in live production mode. This means we built and released all of the key features of Cledara, which put the end customers back in control of their subscriptions:

issued for each SaaS subscription keep you in control and minimize fraud.

on hundreds of SaaS products, which give you money back as you spend on SaaS subscriptions via Cledara.

using virtual cards, which block transactions over your selected limit, so you only pay for what you planned.

for upcoming subscriptions by only allocating money to virtual cards when a payment is due.

We continue to support the team

We continue to build out new features and we also completely reworked the initial design of the application into what you see today. There are dozens of small usability and user experience improvements in the current version based on customer feedback and conversations conducted by the team at Cledara. We launched the first version in weeks to get feedback early and we still work with the product team at Cledara to maintain this ethos by keeping the size of the team flexible, lean and constantly learning from the end customers of Cledara.

We are not in our dark room building products and next month we’re going to go talk to customers. I think it’s about establishing process and talking to customers throughout. That is your journey as a founder. 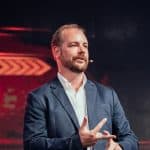 What is The Easiest Way to Build a 21st Century Digital Bank?

Executing a digital transformation — a ‘How to’ for banks

The Slackification of banking — customer delight as a competitive edge