Credit Unions: The Next Frontier?

“Unfortunately, credit unions are typically not known for keeping up with bleeding-edge technology and advanced marketing tools to compete with larger institutions, but credit unions that find fintech companies willing to share their abilities to help boost credit union business, and attract and qualify members in unique, automated ways, will thrive.”

What is a Credit Union?

According to a standard definition to be found on Wikipedia, a credit union is “a member-owned financial cooperative, controlled by its members and operated on the principle of people helping people, providing its members credit at competitive rates as well as other financial services.”

Credit unions are typically set up as not-for-profit organizations whose primary purpose is to serve their members rather than seeking shareholder value maximization. Similarly to commercial banks, credit unions provide an array of financial products such as loans, savings accounts or checking accounts to their end customers.

However, the credit union is collectively owned by all of its customers known as ‘members’. By consuming a service provided by a credit union, you automatically become its co-owner. This is not as simple as it sounds though – the membership is restricted and one needs to qualify to become a member.

What are the typical qualifying criteria? This depends on the specific profile of a credit union in question, but typically this would be an affiliation with any of the following (also known as ‘field of membership’ in credit union lingo):

The unique ownership structure has significant implications on how these organizations conduct their business. Not being driven primarily by profit generation, credit unions can employ resources towards improving the financial well being of their members by way of reducing service fees or offering competitive rates on loans or savings.

Commercial retail banks are seen as market makers with significant economic power. This might be very well true, but credit unions play a significant part in financial markets and enabling financial inclusion worldwide. According to the World Council of Credit Unions report, there are more than 89 thousand active unions in 117 countries worldwide; encompassing more than 260 million members. In total, these unions manage more than $2.1 trillion of underlying assets.

Let’s look at the United States – by far the largest credit union market – a bit more closely. As of 2019, there are more than approximately 5300 credit unions active in the US. They serve more than 43% of the economically active population in the country; while managing more than $1 trillion in assets under management.

Perhaps due to the lingering negative sentiment from the financial crisis of 2008 towards traditional retail banks, credit unions seem to be faring well in the Americal marketplace. For example, credit union’s share of credit card originations (typically a domain for traditional banks) has increased by 18% between 2015 and 2017; while market share on mortgage underwriting has increased by 7%.

Keeping Up With The Technology

“Everyone is coming for credit union members. Everyone. Big banks, little banks, fintechs, venture capitalists, retailers, not to mention digital marketplaces like Amazon and Zillow, all see credit union members as a smooth pathway to market penetration.”

It is important to remember that despite their proliferation, on a ‘unit basis’, these are relatively small enterprises – the average credit union in the United States holds an average $286 million in assets. (this compared to $3.5 billion for the average US bank). The median assets under management are significantly smaller – just $35 million versus $230 million for the median bank.

Why Do We Believe Credit Unions Are Extremely Interesting?

The answer rests with customers. Credit unions have a specific customer – it has been proven that consumers with credit unions have better risk scores, higher credit card balances and credit card utilization, higher total debt while maintaining lower delinquency levels.

Most importantly, we see credit unions as ‘trust centers’ for various customer niches. Given their unique business model and specialization on very specific customers segments, credit unions are extremely well-positioned to serve these customers in more authentic ways than the agnostic banks – that is, if they can figure out what financial and even non-financial products they can create and deliver in a meaningful digital experience to their members.

Consider the breadth and ‘depth of focus’ of some of the largest credit unions in the US. For example, Navy Federal, the largest US-based credit union with more than $100 billion in assets under management serves members in all branches of the armed forces, the Department of Defense, veterans and their families.

In another example, Suncoast Credit Union, with $9.3 billion in assets and more than 810,000 members; is headquartered in Florida and is open for business for people who live, work or attend school in the 17 counties which the credit union serves.

The Jackpot Question – what if these organizations with their niche focus, community-benefiting business model and broad customer bases are empowered with technology on par with the fintech challengers? This could be a significant value enabler – not just for the unions or community banks but more importantly for the communities or customer tribes (from teachers to military veterans to local communities) across the US and worldwide.

We believe financial services of the future will be ever-more personal, community and affiliation-based rather than based on a one-fit-all model. We are hard at work on making this vision a reality and we see credit unions as one of the key ecosystem stakeholders of the future.

Vacuumlabs is a centre of excellence in digital design and engineering with offices around the globe and strong focus on financial services. Through TribeFS, we are exploring the power of financial services which could be bundled together to serve the specific needs of customer tribes. 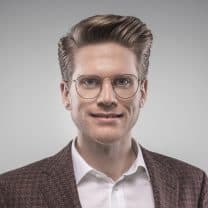 Executing a digital transformation — a ‘How to’ for banks 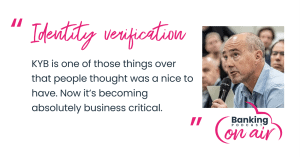 KYB used to be a nice-to-have. Now it is a must-have in the fintech industry