Would you bet on incumbent retail banks, or digital-native challenger banks to win the battle for wealth management? 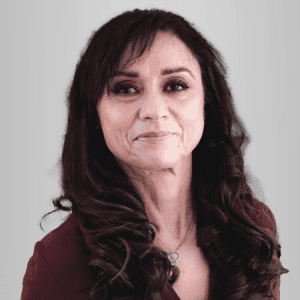 This summer it will be 10 years since Marc Andreessen — creator of the Netscape browser and prominent venture capitalist — published a Wall Street Journal op-ed piece in which he proclaimed that “software is eating the world”.

As per the original article:

“Over the next 10 years, the battles between incumbents and software-powered insurgents will be epic. Joseph Schumpeter, the economist who coined the term “creative destruction,” would be proud.”

The implications of his thinking were both simple and profound: in any industry, the ultimate winner would be whichever company is the best software company. Either you become the software company, or get beaten by a software-powered disruptor.

Nothing has been more true for our own industry. Through the rise of modern Fintech disruptors, digital challenger banks, embedded finance and super apps, banking will never be the same.

This shift extends into the various verticals within fintech, and in our recent podcast with Nikolai Hack of Nucoro, we explored the impact of and opportunities that arise from the disruptive players in wealth management. In 2013-14, most industry experts expected wealth management to quickly follow the same path as the digital banks did, and that most investment accounts would be managed in a highly automated fashion, through ‘robo advisors’ and other digital technology.

And sure enough: digital disruptors popped up around the world, deploying a variety of business models, most of which struggled to get to profitability, and the earlier projections regarding AUM and active users fell far short of expectations. Some entrants were more notable than others; most were B2C models, and many were looking to the millennial as a target group. Robinhood — by far the most high-profile brokerage app of 2021 — launched in March 2015. In that same year Monzo launched in the UK, and Amsterdam-based discount broker DeGiro expanded its offering across Europe.

Prior to the launch of digital options, most consumers accessed investment products via their retail bank, brokers, or face-to-face advisors, with varying levels of success, cost and returns. The advent of tech-enabled solutions had a significant impact on these legacy providers, and alongside regulatory changes in certain jurisdictions, the historical model of investing began to fall away. As the prophecy of Marc Andreessen had foretold, the software-powered challengers came to disrupt everything, and traditional retail banks struggled to innovate on top of their decades-old legacy IT systems, resulting in a loss of market share and very tightly squeezed margins. Traditional banks were truly like the mythical Goliath: big and powerful, but ultimately held back by their size, and constrained by their legacy systems and bureaucratic complexities.

Anyone surveying the landscape in 2021 might conclude that the challenger wealth propositions have won the battle for market share, but not for profitability. Many of the players in the B2C Wealth space are loss-making, leaving the door open for retail banks to ramp up their efforts in this space, both digitally and via human interaction. Indeed, the strong customer relationships of a traditional retail bank have proven to be a formidable moat in the psychological battle for the mind of the retail user overall and in this vertical. In fact, could it be possible that the incumbents have a much stronger hand than appears at first glance? If this is the case, then why aren’t we seeing more incumbents launching wealth offerings? In the UK, retail customers are asking their banks to offer these products and services, yet banks are reluctant to respond.

Incumbents are able to partner with and license software solutions from providers like Nucoro, who make a clean tech stack available to those with willing customers.

This relationship completely changes the dynamics: by partnering with fintechs incumbent banks can continue to leverage their brand name and existing client relationships to funnel millions of existing users into newly created wealth management offerings.It’s a win-win for everyone. If the tech becomes commoditized, then what is there left to compete on? Customer relationships and customer data. On both of these fronts, I would bet on the incumbents, even if some of the customers remain due to inertia; they still remain.

In the years to come, we might see a strong comeback by the incumbent banks. Goliath might have the edge here by partnering with disruptors.

Fintech partner solutions offer incumbents an opportunity that is too good to ignore: the option to break free from the shackles of their mainframe legacy systems, and the chance to build something exciting utilising modern infrastructure.

If you want to hear more about leveraging opportunities within banks, listen to our Banking on Air episode with Nikolai Hack from Nucoro!