TOP 5 Ethereum Challengers to look out for in 2021

Which challengers to watch this year? 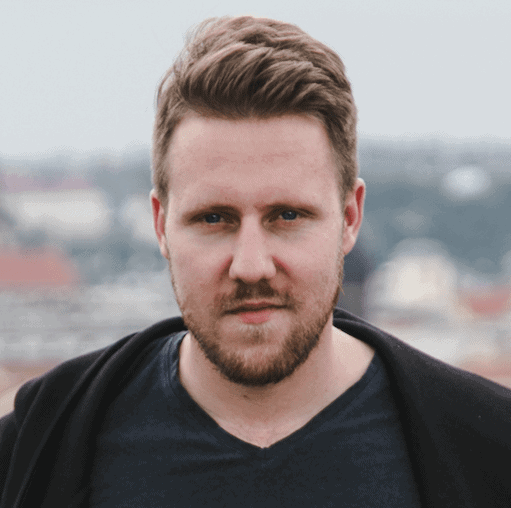 It’s been a promising start to the year with so much happening in the crypto world! The general interest in cryptocurrencies skyrocketed again, which was reflected not only in the rising prices and arrival of retail and institutional investors, but also in the form of a huge influx of developers. According to the interesting developers activity report by Electric Capital, the number of new monthly crypto developers grew by a whopping 15% in 2020. And all this before the richest man in the world, Elon Musk, publicly expressed his support to Bitcoin (as well as Dogecoin) on Clubhouse and had Tesla buy $1.5B worth of Bitcoin just a few weeks ago.  Across the world, Decentralized Finance (DeFi) is in the spotlight, and gaining incredible momentum.

Ethereum is clearly the leading Defi platform, but it has its limitations, as many DeFi users are surely finding. Although Ethereum has made great strides in terms of scaling developments, other platforms have also picked up steam. Today we can see a lot of smart contract activity outside of Ethereum, too. Here’s our expert view on the top open blockchain Ethereum challengers in 2021.

Founded by the co-founder of Ethereum itself Gavin Wood, Polkadot has been one of the most rapidly growing crypto developer ecosystems over the last year. During this time, according to the Electric Capital report, the number of Polkadot developers doubled,. Today, the Polkadot ecosystem is the third largest in the world, right after Ethereum and Bitcoin. And while the mainnet was only launched in summer of 2020, it has already been a huge hit, with dozens of projects being built on Polkadot. Some of the best examples include blockchain operations platform Moonbean, self-upgrading smart contract platform Edgeware, multi-chain DeFi hub Acala and blockchain financial protocol, Akropolis.

Polkadot brings many chains together, enabling networks to scale, specialise and communicate with each other. The core of the system is built around an open source framework, known as Substrate. Substrate allows building application-specific blockchains, or in Polkadot lingo — parachains. This resembles the concept of sharding as the execution environment for dapps is parallelized, and thus the risk of network congestion is mitigated. Also parachains allow to adjust the blockchain architecture and design trade-offs with the Dapp needs in mind. These parachains connect through the central relay chain which is secured by a novel faster and more scalable consensus algorithm called Nominated Proof-of-Stake (NPoS). This mechanism breaks down into two main components with memorable abbreviations, BABE (Blind Assignment for Blockchain Extension) and GRANDPA (GHOST-based Recursive Ancestor Deriving Prefix Agreement). What is interesting about Polkadot’s parachains is that they may feature different consensus algorithms and support different virtual machines, including EVM. This offers users the extremely beneficial combination of a modular framework with custom features, with optional shared security. This flexibility is likely one of the reasons why many developers choose to build on it, and why everyone in crypto should be paying close attention to it.

Cardano was founded by another Ethereum co-founder, Charles Hoskinson. As of February 2021, it’s the sixth largest cryptocurrency. The mainnet, codenamed ‘Shelley’, was introduced last summer. And new smart contract capabilities are anticipated in the following weeks and months. Following this launch, we expect to see a huge spike in development activity, as deployment of DeFi apps gets underway. According to the latest data from Outliers Ventures, Cardano is the second most developed blockchain in the space, based on the frequency and number of commits. It is second only to Ethereum, and surely one of its most formidable challengers.

Cardano’s smart contracts are written in Plutus, which is a functional programming language, based on Haskell. The language makes it perfect for high assurance code, as well as programs needing strong formal verification. While this certainly is a perk, aspiring smart contract developers can build applications on top of Cardano without having to learn Plutus, thanks to the recently launched K Ethereum Virtual Machine (KEVM). KEVM is Cardano’s version of EVM, supporting smart contracts written in Solidarity. This opens up more synergies and opportunities for developers, as they can connect with other leading smart contract platforms. Support for popular developer tools such as Truffle is coming soon too, enticing more developers in. Cardano is the only blockchain on this list that is UTXO- based (unspent output), compared to the account-based approach adopted by other challengers. With UTXO, developers benefit from simpler parallelization of transactions in smart contracts, an increasingly relevant advantage in the space. Cardano’s Proof-of-Stake consensus algorithms Ouroboros and Ouroboros Praos have also been a burst of innovation – even inspiring Polkadot’s BABE component, mentioned above. Currently, Cardano is one of those more decentralized blockchains with over 1500+ validator nodes and hundreds of thousands of stake delegators.

Cardano is making waves, and we’re excited to see its ecosystem continue to grow this year.

And here at VacuumLabs, we’re part of the Cardano family too! We’ve single handedly developed Adalite, an open-source client-side interface for direct interaction with the Cardano blockchain.

We also collaborated with major players Emurgo, Input Output and Cardano themselves, to create a light wallet for Cardono, Yoroi wallet.

Explore how we developed Yoroi wallet

Cosmos is another stand-out technology, attracting many developers. Its ecosystem has seen a consistent rise in core development and developer contribution. Similar to Polkadot and Avalanche, Cosmos’ architecture features application-specific chains connected via a network of “zones” and “hubs”. The communication between them is facilitated by Inter-Blockchain Communication protocol (IBC). And the whole system is secured by the Byzantine Fault-Tolerant consensus, developed by Tendermint. This makes it a secure and flexible platform, ideal for developers. In addition, Cosmos is one of the few blockchain ecosystems exhibiting higher levels of maturity and development when it comes to DeFi space. There are already dozens of DeFi projects active on some of its chains such as Oasis Network or Secret Network with both focusing on privacy-centric execution of smart contracts. More chains, as well as applications, are anticipated, making it a very exciting time for Cosmos developers.

Recently Cosmos made headlines as it became the platform of choice for global blockchain BitCana, which specialises in cannabis sales. The technology was revered by BitCana for its strong performance in a testnet environment.  We’d expect to see more moves to Cosmos in the near future, making it one to watch!

Although Avalanche may be the newest in our list, launching its maintest in September 2020, it is no less impressive. Since launching, it’s seen a jaw-dropping interest, with developer activity tripling, and its token prices rocketing more than tenfold. The system was spearheaded by Ava Labs, and led by another well-known name in crypto, computer scientist, and Cornell Professor Emin Gün Sirer. Sirer is best known for designing P2P cash systems, improving consensus algorithms and predicting various hacks, so he is certainly no stranger to pioneering in the space. You can read an in-depth interview with him here.

Along with Cosmos and Polkadot, Avalanche is considered to be one of the ‘Layer Zero’ platforms. This is a new addition to the blockchain lingo, meaning that it uses a multi-chain ecosystem. These chains – dubbed ‘sub-nets’ – are special because they enable developers to implement chains with a custom virtual machine, or consensus mechanism. Avalanche implements a uniquely scalable consensus, considered to be a breakthrough by multiple high profile in the crypto space, including Ethereum co-founder, Vitalik Buterin. It supports high throughput, quick finality, and lightweight clients. Interestingly, the protocol was originally proposed by ‘Team Rocket’, an anonymous team of researchers who first published it in 2018.

It almost goes without saying that Avalanche supports EVM, offering developers a seamless migration for Solidity-based dapps. Over the past months, we’ve seen a rapid rise in projects migrating to Avalanche. This is likely because its technology scales well, and enables sub-second settlement times – which is quite a big deal for the financial sector. The dark horse in the race, Avalanche is fast becoming a favourite for developers, companies and investors.

Near is another platform that launched its mainnet in 2020. Unlike many other platforms, Near started its mainnet right away with sharding, a technique used to achieve scalability in blockchain. In other words, the very same sharding we’re still waiting for Ethereum 2.0 to achieve, at some point hopefully this year. Near’s scaling capabilities, therefore, are pretty decent, and perhaps this is why Near has been recognized as one of the most serious Ethereum challengers by Ethereum co-founder himself, Vitalik Buterin. While the platform supports EVM to a large extent, it moved away from Solidity to Near Rust SDK. This should be reflected in the increased performance and speed. In addition, the team also introduced an ETH-NEAR Rainbow bridge that permits assets to move between Ethereum and Near. Moreover, Near includes an interesting feature that channels 30% of the transaction fees generated by the smart contracts to the DApp developers. This indeed is a powerful incentive for developers to build apps on top of Near, and another reason why it should be on everyone’s radar.

There is so much happening in the crypto space today, and Ethereum certainly has some very powerful challengers. Disruptive smart contract platforms such as Polkadot, Carnando, Cosmos, Avalanche and Near have different trade-offs when it comes to architecture and design, but we believe that these five platforms are the ones to watch. Forward-thinking developers should pay attention to them when choosing which platform they will build their apps on.

If you’d like to get more expert perspectives of what’s happening in the crypto space, as well as deep dives into the evolution of cryptocurrency networks, be sure to check out this upcoming open-source book.

Disclaimer: The author may possess small amounts of one or more of the abovementioned platform tokens.

Do you want to learn more about crypto? Check our Banking on Air podcast with David Stancel: