From passion project to secure crypto wallet with 170K+ downloads 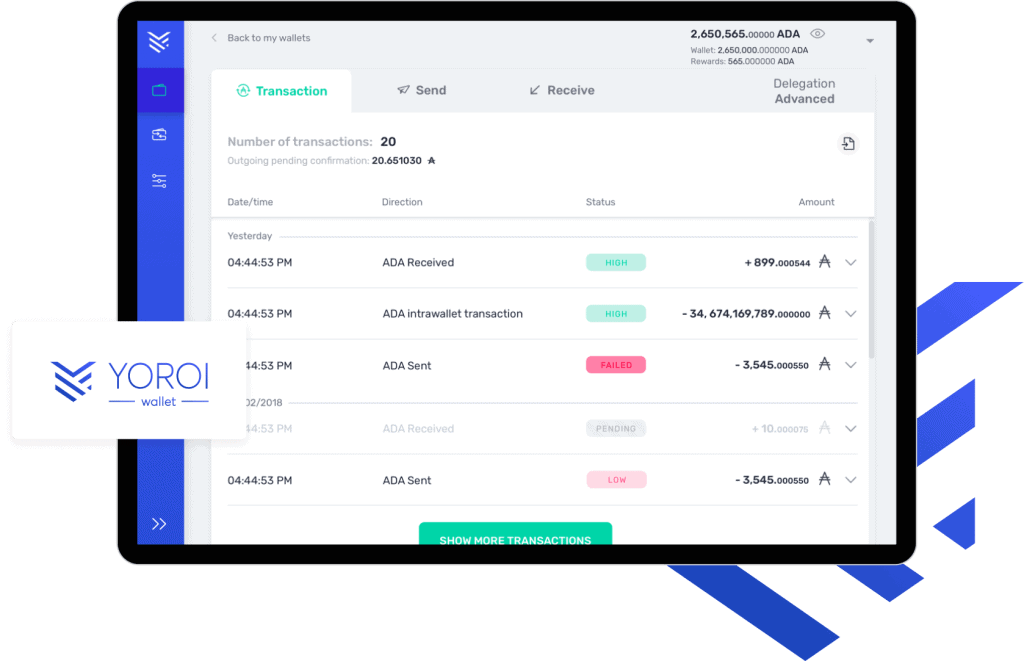 Internal passion project that led to partnership between EMURGO and Vacuumlabs

Global emerging technologies company EMURGO provides custom-built solutions to solve some of the most complex problems of the most complex organizations. It’s a founding entity of the Cardano protocol and its cryptocurrency Ada, named after the computing pioneer Ada Lovelace.

Apple app store rate and
Google Play rated 4.5 out of 5 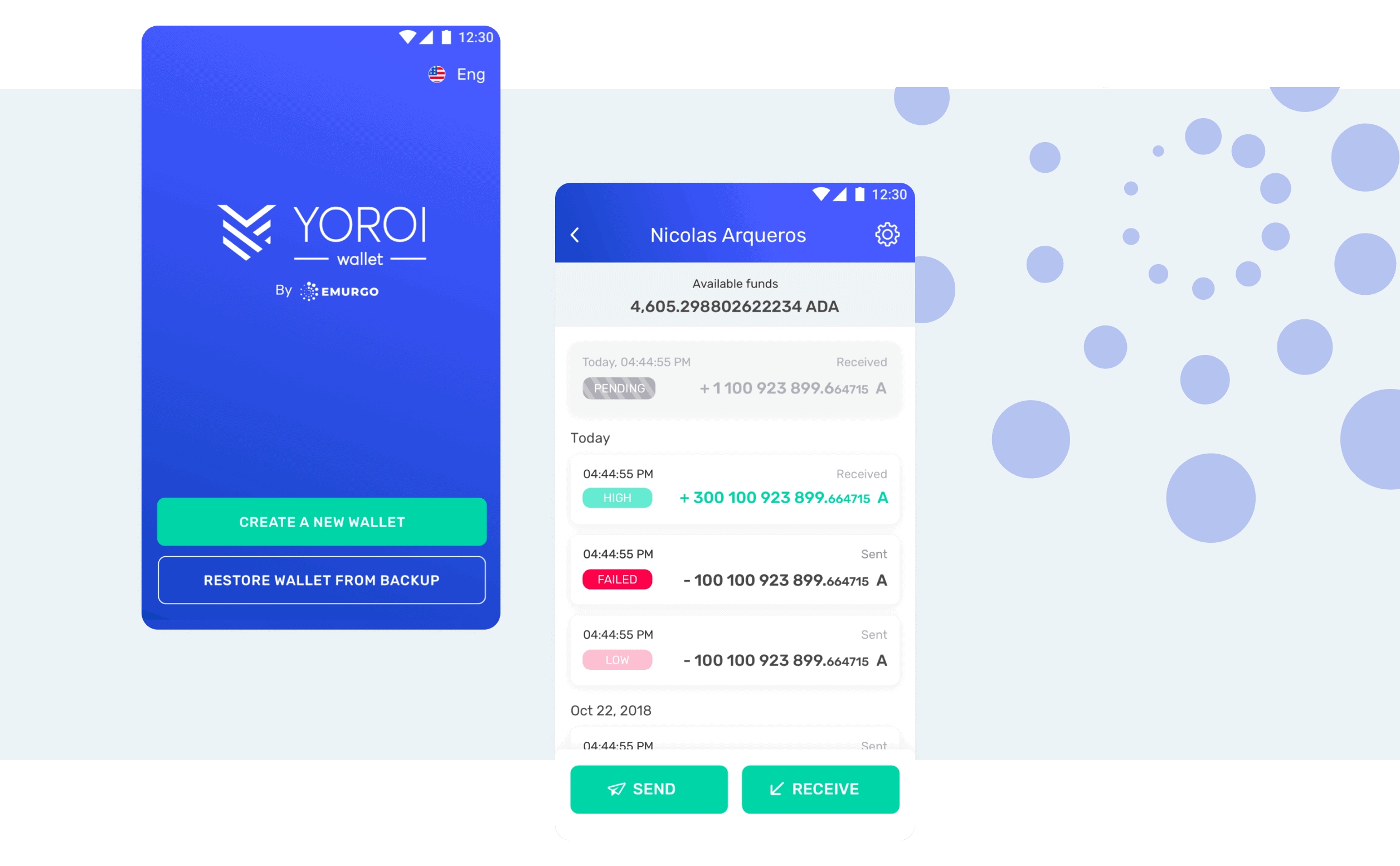 Cardano is set to be the third-generation cryptocurrency that tackles the challenges of scaling and infrastructure—issues predecessors struggle to overcome. When Ada came into the picture, those interested in the future of cryptocurrency kept it on their radars. One component was missing though: a light-weight wallet for Ada.

Much of the cryptocurrency’s accompanying technology was still young in 2018. There was a great deal of buzz but the technology’s decentralized nature and lack of funding slowed growth. Vacuumlabs saw this gap and, led by an interest in the Cardano ecosystem, developed the AdaLite browser-based wallet. When Nicolas Arqueros, CTO at EMURGO, a founding entity of the Cardano protocol, first came across Vacuumlabs’ AdaLite, he was curious. He was surprised to find such a lightweight in-browser wallet solution for Cardano’s Ada cryptocurrency. There was no public documentation for Cardano.

When I started to explore the open-sourced solution, Vacuumlabs caught my attention. They figured out how to make everything work. I realized that the people behind it are really good. I really believe in ‘show, and don’t tell’. A lot of people will tell you—no problem. We’ll study, we’ll learn, we’ll understand. But when you meet someone who’s actually been through the trenches, saw all the difficult parts, and took pains to really understand out of genuine curiosity—that makes a lot of difference. 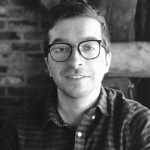 The right expertise to go mobile

Arqueros brought AdaLite to the attention of a number of stakeholders within the Cardano ecosystem. With mobile wallets already available for many other cryptocurrencies, the demand for an Ada wallet was growing within the community. EMURGO decided to engage Vacuumlabs to create an Ada wallet for iOS and Android. With it, EMURGO aimed to enhance the mobility of the cryptocurrency and expand the Cardano ecosystem into new platforms. “It could hardly get better than this,” Arqueros enthused. “On top of the expertise Vacuumlabs displayed with Adalite, they also had experience developing multiple fintech and banking apps for iOS and Android,” he explains. 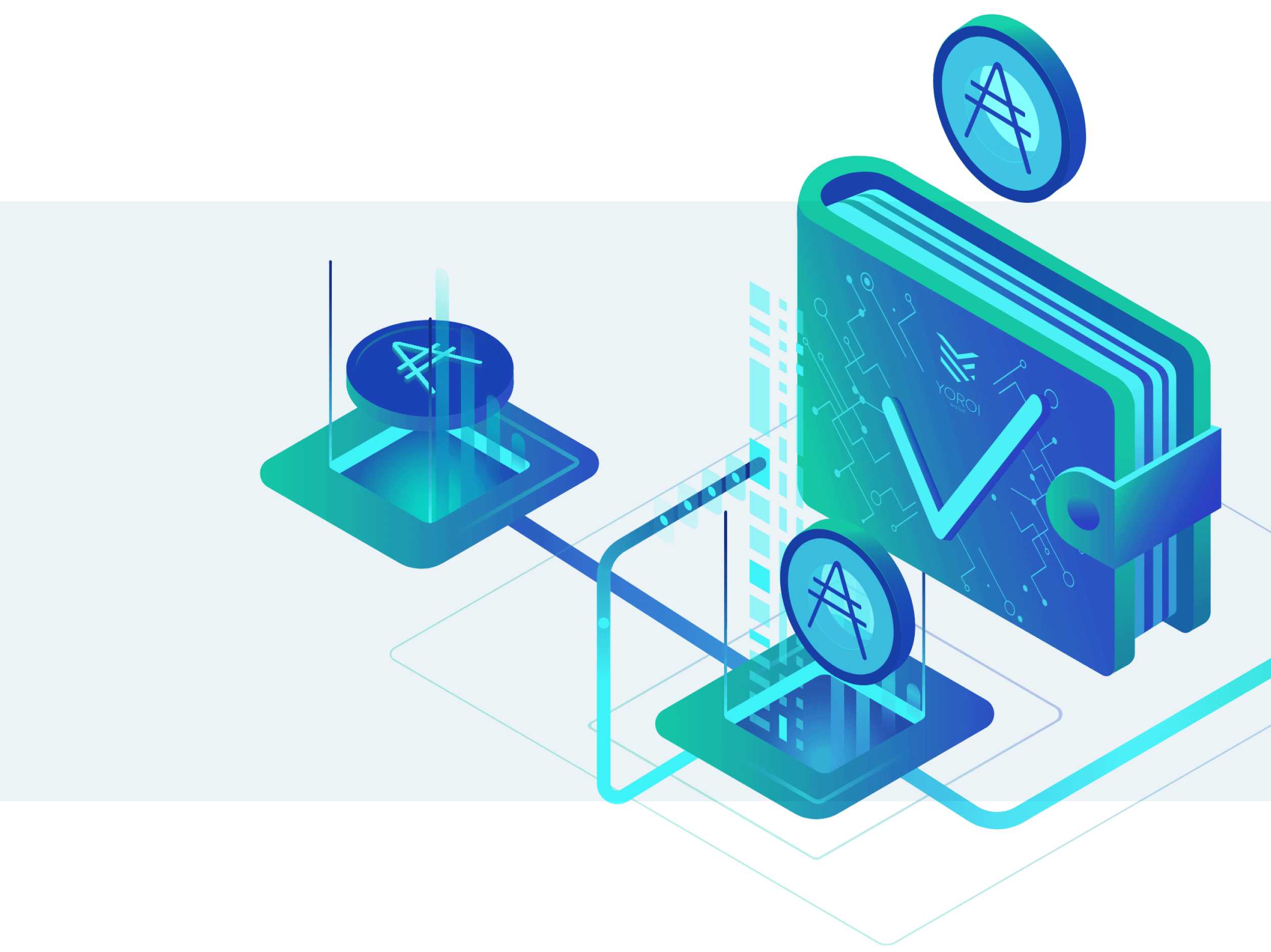 The mobile wallet’s future users come with high expectations. Arqueros’ vision for the product combined the versatility, and intuitiveness of other solutions available to the Cardano community. Vacuumlabs paid special attention to mobile-specific features, interactions, and security considerations. EMURGO and Vacuumlabs worked hand-in-hand to deliver the flagship Yoroi app, named after the Japanese Samurai armor, to the market.

EMURGO had built a Chrome extension for Ada, which helped speed up the development process. “We had the benefit of the existing Yoroi backend and Nicolas’ vision for the mobile wallet,” shares Michal Petro, Executive Project Manager at Vacuumlabs. “He had great ideas. We brought our ideas to the table and combined them. A team of five, we were designing the app and iterating the UI/UX in meetings with the EMURGO team 2, 3 times per week. We usually had specified work for only 4-5 days ahead, keeping the development agile and flexible.”

The Yoroi mobile wallet was built primarily in React and Node.js. The approach enabled to have a single code base for both Android and iOS. The security was a special consideration, though. Users would store anywhere from hundreds to millions US dollars worth of cryptocurrency on their wallet. “Banking-level security was our minimum requirement,” explains Petro. “We decided to develop security components in native languages—Swift and Java for iOS and Android respectively. We focused on encrypting and safely storing private keys on user’s devices, retrieving these private keys when needed, and using them for signing transactions. At the same time, we developed recovery procedures in case something doesn’t work as intended, or in case a device is lost or broken.”

In just three months of intensive development, the Yoroi app took shape. It turned out to be a lightweight, privacy-oriented wallet with low bandwidth requirements. The app connects to trusted servers that access a full copy of the blockchain. The app itself has no need to download the entire blockchain, saving on resources and enhancing speed. The technology allows users to send or receive Ada within minutes or seconds. Since its launch, Yoroi has become a cornerstone of EMURGO’s portfolio. Vacuumlabs also worked with EMURGO to integrate Cardano into Trezor and Ledger hardware wallets: a big step forward for Yoroi and the broader Cardano community.

“When we started in 2018, it was a great opportunity to stretch our muscle with Adalite in the Cardano development ecosystem,” recalls Petro. “By now, of course, it’s not just a muscle and passion. We have in-depth expertise working with blockchain and cryptocurrencies. On top of that, we were able to enhance our technical knowledge with the commercial considerations that Nicolas brought to the table while we were developing Yoroi.” The app UX/UI has proved highly durable, remaining largely unchanged since its inception, and is used by thousands of people daily. 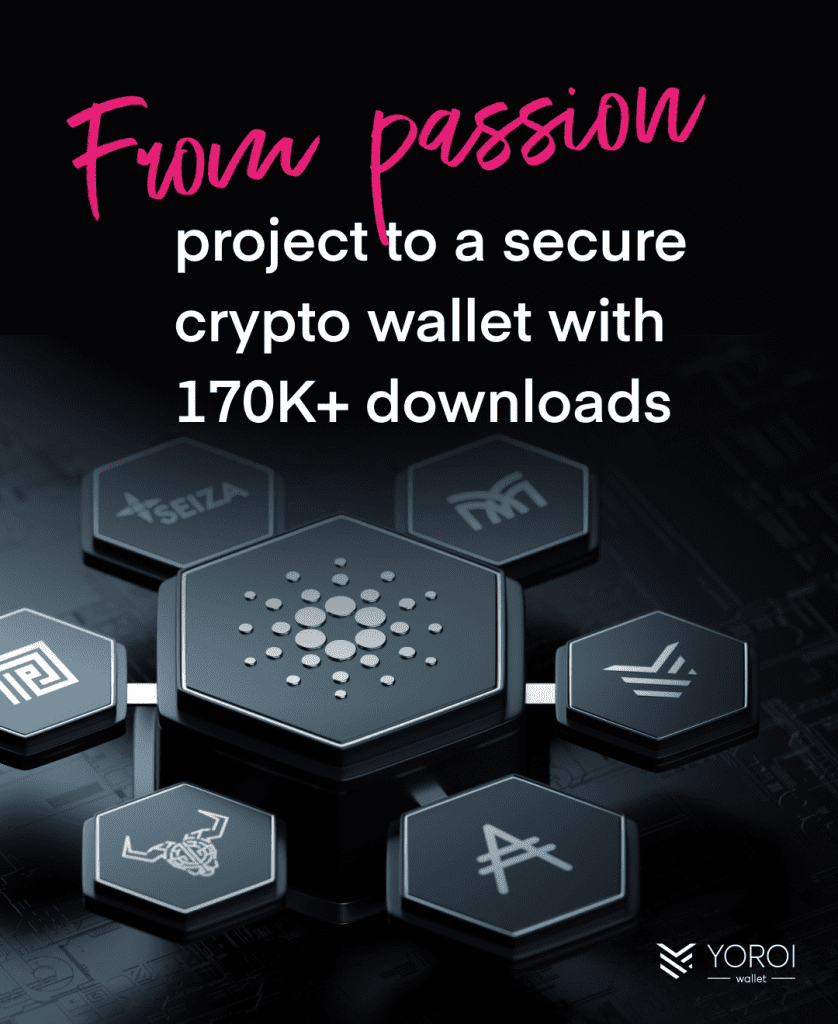 Vacuumlabs has been a critical partner to EMURGO and Cardano, providing us with the flexibility of an extended team that feels and works as one of our own. We are pleased to have found a team that is competent, responsible, and fully understands the complex topics in crypto. We see ourselves working with Vacuumlabs for a long time to come.

Cardano’s native cryptocurrency, Ada, has experienced a rise in the first quarter of 2021. It’s set up to become the third-largest cryptocurrency by market capitalization at $39 billion. Cardano was ranked the most actively developed cryptocurrency project in 2019, according to Santiment’s 2019 market report.

With the Shelley update, Cardano is making gradual, yet significant steps towards network decentralization: users are now able to create their own unique tokens, including non-fungible-tokens (NFTs), and transact with these directly on the platform. The update also introduced a delegation and incentives scheme, a reward system to drive stake pools and community adoption. The scheme allows and encourages always-on, community-run network nodes and rewards for honest participation in the network.

Retail and organizational investors are looking for the next cryptocurrency with a solid network and reasonable entrance point. Cardano’s Ada is set to deliver on both requirements. “I feel like cryptocurrency could be a broad idea for many people,” Arqueros surmises. “It’s hard to get started in it, because it’s hard to access it. With the app in people’s hands, on their mobiles, a bigger user base could benefit from this.” Arqueros sees an exciting future for crypto.

The cryptocurrency space is going to start growing pretty quickly because regulation is starting to embrace it and blockchain. On top of that, good—and especially, intuitive—UI invites more people into this new space.