How a fintech love brand was born
Read in 7 minutes

Dominic Pym, a Co-Founder of Up Bank, jumped on a call with Marcel Klimo to discuss the Australian fintech scene, new regulations, and the birth and journey of the very first challenger bank in the country, the Up Bank. Learn about how they approached open banking a bit differently, giving it some Australian flavour.

Dom started his career as a software developer. For 25 years he has been operating in the software industry and for the last decade in the Fintech world, working on different projects in the US, the UK, and Australia. Although his initiatives turned out differently, the foundation was always the same: wanting to disrupt, to innovate, and to think outside the box. His vision has always been using a confluence of design, technology, and financial services together and turning it into something interesting.

A few years back, Dom and his company Ferocia were looking for options to raise capital, therefore, they were talking with the managing director of Bendigo and Adelaide Bank which is the fifth-largest bank in Australia. At that time, Bendigo wanted to build their internet banking system. Dom’s team took the opportunity and built a prototype that turned into a platform that has 1.8 million customers by now.

By launching their mobile system, they developed a trust relationship with Bendigo, so when Ferocia decided to build the first challenger bank in Australia, Bendigo was very supportive.

There are 3 essential ingredients of launching a bank: having a banking license, reserve capital, and a core banking system. As Dom explained, at that time, restricted banking licenses didn’t exist in Australia. The capital market also needed to mature to raise the sort of capital you need for building a bank.

‘In the discussions with Bendigo, we landed on this idea that they already have a banking license as the 5th largest bank in the country and they run about 10 different brands within their group. Could we launch another bank using their banking license? That has never been done before. And so we had spent maybe a year or so with the regulators working out how we could do that.’ – Dom Pym

Long story short, they launched in 2018 with the first digital bank to market in Australia: Up Bank.

Just right after, restricted APIs were introduced in the country, in parallel with the open banking movement overseas. Australia became a vibrant scene of fintech actions, big international fintechs like PayPal, Stripe, Square, and TransferWise opened up their operation in Australia, also local players appeared on the market.

The fintech scene in Europe and Asia has influenced the thought process and the decision making in Australia too. But the actual legislation that has been passed is far beyond open banking in other countries. Customer Data Rights (CDR) puts the consumer back in control of their own data, empowering end-users instead of third parties.

‘I think over the next 10 years we’re going to see this legislative change, not just in financial services, but across all of the markets and all the industries in Australia, and banking was chosen as the first industry to adopt it. I would say that our open banking is inspired by what’s happened overseas, but is actually a subset of this new legislation around consumer data rights.’ – Dom Pym

Up is a supporter of the open banking movement and they have recently launched their own API which had a thousand donor recipients within a week. The fact that Up put the customer in control of their data rather than the third party data recipients, resulted in some cool apps built on top of the Up API by the users:

How is Up’s approach different?

Banks are trying to comply, and they have a more traditional approach with big project teams, waterfall models, fixed budgets and timelines. Up on the other hand is technology led by banking rather than banking led by technology.

Whereas we’re coming at it from, how do we improve the customer experience? How do we help innovation? How do we improve competition? How do we win new customers’ hearts and minds? And we’re doing all of that with technology. Ferocia is an organization of engineers. We don’t have a single banker working for Up. We have a partnership with Bendigo, while everybody in the company is a software engineer, a product person, or directly assisting the customer.’ – Dom Pym

Up has a very small team, but over 250,000 customers. As they scale, they are looking for possibilities to solve the emerging issues by technology. They are doing a thousand or more deployments a year to production, while a traditional bank might do just a few yearly.

‘We used that engineering mindset, that technology-led drive and that different way of solving problems to literally be the first to do things.’ – Dom Pym

The big vision of Up

On the Asian market, super apps like WeChat or Grab are dominating, which include basically your whole life: ordering pizza, a taxi, handling your payments, or booking a doctor’s appointment online.

On the other hand, Up’s core focus is trying to help people spend wisely and save effortlessly. It is helping people reconnect with their money and take control of their finances. It is the first bank in Australia to introduce automation in terms of predicting your future spending.

This may be the reason for having an extraordinarily high level of engagement with their customer base, the upsiders. Up is the highest-rated banking app in Australia in both the AppStore and GooglePlay with thousands of customer reviews.
It is considered an honest and transparent brand, talking about things that are already live on the market. As a result, upsiders make Up their primary financial institution, interacting with the app outstandingly a lot.

On Up’s platform the average time to sign up a bank account is 2 minutes and 12 seconds. In Dom’s opinion, it wouldn’t even matter if it was 12 minutes. Clicks can be reduced by putting them on one screen but that just leads to a horrible experience.

‘All around the world at the moment, there’s all this talk about how many clicks does it take to make a payment, or how many clicks does it take to sign up? We don’t give a shit how many it takes. We actually take a contrary view: how does it feel? When you sign up for Up, does it feel easy or does it feel hard? If you got twenty clicks or a hundred clicks, it doesn’t matter. We use an atomic method for form engagement with our customers, which means we only ask for one thing on a screen.’ – Dom Pym

The minimum viable product approach that Up has is not common in banking. Up had the basic app and built features on top of what it launched with at the beginning. The half a dozen deployments it does a day allow it to respond quickly to customer needs.

‘We iterate and improve at such a rapid pace that it doesn’t matter if we don’t have something today because we’ll have it tomorrow.’ – Dom Pym

Up has a special roadmap called the Tree of Up visualizing the logic behind how developers are building the bank, basically the way they are thinking. Upsiders can follow the changes as the finished features get colored on the tree.

‘We went back to the drawing board again and said, if we had a completely blank canvas, how would we want to communicate not only what’s coming soon, but what we’ve built, we’re currently building, what we’re going to build and the context of decision making?’ – Dom Pym

‘The brand just shouts. It shouts gaming and rock concerts, it just shouts at you in a positive way. How did you arrive at this bold design and view? I haven’t seen a bank that used such branding for their app anywhere.’ – Marcel Klimo

Up had a different mindset when they were building the brand, they wanted to create something that people want to engage with, like a surfing brand, or a skateboarding brand, or a music brand.

‘Design is form, it’s function, it’s interaction. The real meaning of design, it comes into the feeling that you get when you interact with something. So for me, technology-led is how we engineer solutions, and then design-led is how we create a feeling for our customers. What we wanted to do with this was not build a bank, we wanted to build a feeling’ – Dom Pym

As opposed to web free names (fictitious names), Up means to aspire higher, it is a powerful word because it has a positive message already.

Banking on Air podcast explores the lives and journeys of founders and technology leaders as they work to overcome challenges while building products in an ever-changing world. This episode was hosted by Marcel Klimo from Vacuumlabs. Listen to the original podcast episode on Apple Podcasts, Breaker, Google Podcasts, Overcast, Pocket Casts, Spotify, or here: 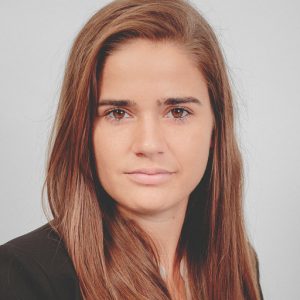 Truth or Consequences: Finding Signal in the Age of Covid 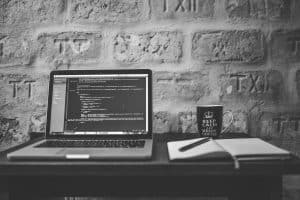 How to Develop your Digital Product When You Cannot Hire Anyone