Cardano will be 100 times more decentralized than Bitcoin.
Read in 7 minutes

Cardano will be 100 times more decentralized than Bitcoin. This bold claim was made by Cardano’s co-founder, Charles Hoskinson, when discussing the launch of its Phase 2, dubbed Shelley. Shelley’s launch will showcase Cardano’s one-of-a-kind Proof of Stake (PoS) consensus algorithm, which Charles asserts will also result in Cardano having a throughput and transaction volume 30 times larger than Bitcoin.

Of course, such grandiose claims are nothing new to crypto, and Shelley has a lot of hype to live up to. Whether it can do so remains to be seen, but that’s not the point of today’s article. This article is about understanding Shelley and Cardano’s PoS algorithm, so you will be able to make a more informed decision on whether you want to and how you can meaningfully participate in the Cardano ecosystem (and even make passive income in doing so).

Let’s begin with a quick intro to Cardano.

Cardano’s goal is to be a self-sustaining, scalable smart contracts platform—essentially a superior version of Ethereum. Considering that both Ethereum and Cardano share the same co-founder, Charles Hoskinson, this isn’t too surprising.

In that respect, Cardano is nothing new. But Cardano has taken an interesting route by ensuring its operating theories are as valid and rigorous as possible before even beginning to implement them. It does this by first publishing academic papers related to said theories and putting them through a peer-review process (a first for crypto). One of the things that has gone through this process is its PoS protocol, the main subject of this article.

At present, Cardano is supported by three entities: IOHK (engineering and technology), Emurgo (business marketing), and the non-profit Cardano Foundation (education/marketing). Collectively, they hold about 20% of the circulating supply of ADA, Cardano’s native token.

Cardano officially completed its first development phase, Byron, in March 2019. It succeeded in building the project’s foundation, launching ADA’s wallets and getting it listed on over 30 exchanges—where it holds a total market value of about US$1.2 billion as of September 2019 —and fostering a strong and supportive community of enthusiasts and developers.

Cardano emerged from the Byron era with IOHK, Emurgo, and the Cardano Foundation firmly in control of its entire ecosystem—a model known as federated centralization. Obviously, this violates crypto’s founding principle of decentralization, which is what its second phase—Shelley—intends to solve.

But to explain the mechanisms behind Shelley, we must first understand PoS consensus algorithms and some of their drawbacks.

All cryptocurrencies must answer a fundamental question—without any central authority, how can participants in the network come to an agreement as to who owns what? The answer is a consensus algorithm, the mechanism used to reach an agreement on the final state of the blockchain.

The first and most famous solution and one that Bitcoin uses is Proof of Work (PoW). In this model, transactions are validated and added to the blockchain through mining, wherein miners race to solve a cryptographic puzzle.

For malicious actors to successfully attack a PoW crypto, they must be able to control at least 51% of its hash power (although even controlling smaller but significant percentages can still allow them to do damage)—which will give them the ability to alter the blockchain to their benefit (for instance by double spending).

In large networks, such attacks would be prohibitively expensive—for Bitcoin, a 51% attack would cost approximately US$800k per hour.

While large PoW networks are highly secure (smaller ones less so), the PoW model also has its drawbacks, primarily scalability and energy costs. It can take minutes to mine a single block, as in the case of Bitcoin, which limits its ability to scale. Further, it costs real energy to mine blocks, which raises credible environmental concerns.

Because of these drawbacks with PoW, cryptos such as Cardano opt for a PoS algorithm instead (even Ethereum is switching from PoW to PoS). In a PoS system, everyone who owns said crypto could ‘stake’ their share to potentially be selected to be the next block creator (and receive block rewards), with the probability of selection being proportional to their stake.

As there are no cryptographic puzzles to solve—and thus no specialized hardware required—practically anybody can participate in governance. The result: a far more scalable, democratized, and energy-efficient system.

However, PoS systems are not without their own problems. In the next section, we will discuss some of their challenges, and how Cardano’s PoS algorithm—which it calls Ouroboros—plans to tackle them.

The first challenge is obvious. To launch a 51% attack, all it takes is acquiring 51% of the supply. On an intuitive level, this is much easier to do than capturing most a network’s hash power, as in PoW systems. However, similar to PoW systems, size provides security. At ADA’s current market value, it would cost over US$600 million for such an attack—there is simply not enough liquidity on the market to carry out such an attack, and that’s without even accounting for the price increases that would result from large-scale buying.

It is important to keep in mind that all cryptos are vulnerable to 51% attacks, regardless of the consensus algorithm they use—there is no such thing as a perfect consensus algorithm. Because of the very definition of consensus, a decentralized system must always presume that at least a slight majority of its participants are honest—slight majority meaning miners’ hash power in the case of PoW algorithms and stakeholders in the case of PoS algorithms.

This is the unavoidable tradeoff of a decentralized currency. As Charlie Lee, the founder of Litecoin put it:

“By definition, a decentralized cryptocurrency must be susceptible to 51% attacks whether by hash rate, stake, and/or other permissionlessly-acquirable resources. If a crypto can’t be 51% attacked, it is permissioned and centralized.”

Dynamic availability is the flip side to the democratized nature of PoS systems. Theoretically, all token holders can become stakeholders (node operators), and participate in the system’s governance. But to do this, you would have to be online all the time—an unrealistic expectation.

Cardano’s developers understood that not all ADA holders will be interested in directly participating in its governance. At the same time, they would also like to share in the potential block rewards. Hence, Cardano’s innovation is to give you the option of delegating your ADA holdings to a chosen stake pool.

Stake pools are simply groupings of ADA holdings where their leaders have the chance of being chosen as the next slot leader (with the probability of being chosen to be proportional to the size of the stake pool).

When you delegate your stake to a pool, you are giving up your right to participate in governance, but you can still share in the block rewards. Further, delegating your stake does not limit your ability to freely spend and trade ADA—you can still use your ADA wallet as normal.

Stake pools also operate in a free market environment. While anyone can register to operate a stake pool, you can switch stake pools at any time, meaning stake pool operators must compete with each other. This incentivizes them to provide the highest possible uptime for their pools, which is beneficial for the Cardano ecosystem as a whole.

The third challenge is a microcosm of today’s economy—the rich getting richer. With governance being directly tied to the amount of tokens held, the lion’s share of the block rewards will tend to go to the largest stakeholders.

Left unchecked, the eventual result might be an oligopoly. At worst, this makes it easier for oligarchs to collude and launch a 51% attack. At best, it leads to a more centralized ecosystem.

One part of Cardano’s solution to this is to limit the maximum block rewards a single stake pool can receive. This diminishing returns mechanism will put a natural cap on stake pool sizes. However, this does not prevent a single party from creating multiple smaller pools—destructive oligopolies could still emerge.

Hence, drawing on game theory as a prevention method, Cardano will increase the potential block rewards of stake pools where their leaders have pledged a portion of their own personal stake. Such stake pools would naturally attract higher amounts of delegated stakes from ADA holders and thus become the more dominant pools.

This means that to create many large stake pools, someone would have to post huge amounts of their personal stake to all these pools—making it prohibitively expensive to form oligopolies.

Many people are interested in Cardano but can’t be bothered with the more technical side of things. To cater to those people, Cardano provides the opportunity for earning passive income through stake delegation. Once Shelley is launched, you will be able to delegate your stake and earn block rewards—without even having to ‘lock-up’ your ADA.

And if you’re worried that the process of delegating your stake will be overly complex—don’t be, it couldn’t be more convenient. As long as you already have an ADA wallet, you will be able to easily delegate your funds in the said wallet to your chosen stake pool or pools.

Again, this won’t affect your ability to spend your funds at all. You can undelegate or redelegate at any time or move your delegated funds between stake pools—you have total flexibility. As for the block rewards, they will be distributed will take place shortly after the end of each epoch (which lasts approximately 5 days each).

Cardano’s incentive mechanism is truly unique, and we are eager to see the impact Shelley will have on the crypto world.

Vacuumlabs has been working with Cardano since January 2018, beginning with the development of AdaLite, a Cardano lightweight wallet. While this started out as somewhat of an internal hobby project, it has since evolved into something more. For the past year, we have been participating in the development of various tools and apps for the Cardano ecosystem in cooperation with and as contractors for the Cardano Foundation, Emurgo, and IOHK.

We have successfully developed Cardano integrations with Trezor and Ledger hardware wallets, as well as Yoroi for iOS and Android. Our latest work in this space is the joint development of the Seiza block explorer with Emurgo. We also participated in IOHK’s 2019 Summit in Miami where we won their crypto-puzzle contest. 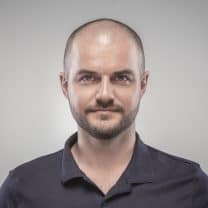 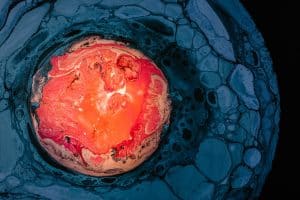