Listen to the entire episode with Peter here:

Here is the full transcript of podcast episode, enjoy!

When you were talking to someone online, when trying to set up a financial service of some kind, when you’re trying to set up an account or payment card, one of the big questions that really comes up is who are they? Are they really who they say they are?
And obviously, if you’ve been in the financial services space, especially in the technology side of it, you’ve probably come across the terms, KYC, know your customer, AML, anti-money laundering, and of course, ID & V, which is identity and verification. These things are extremely important, especially now in the age of remote work, remote connection. When we don’t necessarily get to see people live and we want to verify that they really are, who they say they are.
On this episode, I’m speaking to Peter Murray Of W2. Who provides the technology to power your identity and verification, KYC, and of course, AML needs. He talks about how the business model is changing, how people require a more international service than ever before and generally talks about some of the ways they’ve helped their customers.

I met Peter during a virtual FinTech conference called Pay360, organized by the Emerging Payments Association out of the UK. We were obviously supposed to both be there with our own booths in way back early in 2020, however, that did not happen. So I approached Peter digitally in his booth and just struck up a conversation.  So Peter, can you give me a quick introduction of what is W2, who you are, and how you operate?

Firstly, thanks for walking up to our booth, Marcel. No, thanks for the chance to introduce ourselves. My name’s Peter Murray. I head up sales here at W2, where a single platform, single APA provider for all your compliance and your customer intelligence needs. So if you imagine that customer journey from somebody coming on a website, from their first land on, from identifying the device ID through to the more familiar surroundings of AML, KYC and then on that end of the journey where it might be a fraud check, something like that. I think the things we might do differently from some of the names you might know out there is just pulling it all together in one spot. I think, drivers both in the payments and any heavily regulated sector, it’s about less suppliers, not more, more streamlined approach to it, the scalability and sustainability of your business.
So hopefully we find a fit within that. We’ve got client bases across heavily regulated markets, like payments financial services, the gambling sector. That’s what we do. We try to make compliance easy.

So how does a company start working with you? Is it about integrating an SDK or is there a deeper sort of connection into what they do? How does it work?

I think what happens, first of all, we had, we normally start talking about that customer journey, and that starts with someone, for example, it’s the normal stuff of all of the sales team, trying to get a deeper understanding of your business, because what we’re not is a product sales company.
The amount of services we provide are many, nobody generally takes just one of them. So it’s more of a conversation around your business and what you do, the challenges around that, how to differentiate your brand and obviously, maintain sustainability and profitability. So yeah, it’s a conversation with us.
We then bring in the various parts of the W2 team that can make that journey happen. So for example, if it is a simple compliance need, it’s the dev guys, it’s the onboarding team and it’s everybody else other than the sales guys who promise you the world, it’s everybody else who has to deliver it.
Thankfully, they’re all great. It’s an initiative conversation. I think, it’s been interesting the last few months, because we’ve very much changed business format.

So they decided to just remove friction and barriers from the process, because of course the world of charging money up front, putting a bunch of commitments in place – they know that world is over and they decided to move forward in a different way.

For us, it has to be about easing that journey. So not only, hopefully you got back product that we can deliver, but we’ve made the commercials a lot more attractive. And that’s why I think we sit well, fit well with fintechs and the payments.

Is there any client of yours that you can publicly talk about that is currently using your technology and that people might already be using and just don’t know that it’s you behind it?

I think it depends what your marketplace, but as we’re at Pay360, If you look at, we announced the deal, which is probably good timing, which is company called Lanistar, they’re new to the disruption around sort of the payments sector and that’s we’ve had a lot of success in that over the years because it is around pulling all those systems together from a compliance point of view and then developing that into customer engagement. So that’s one today. Another one we announced today, a company called Verify, which we’re taking a new approach to using document and facial recognition, because I think a bit like banks, we are starting to realize that the differentiators aren’t in that old school credit-rating agency type of thing. It’s about, I think if you ever met our CEO, he is all about it’s the tech, not the check, he loves the cheese lines, but that was a business where we’re going.

And as we all know, identity verification isn’t just about supporting the first country that you operate in, but it’s actually a global enterprise. It’s about understanding how your customers and their customers relate to a much more global audience and a global environment right now. So, this is why I asked Peter how W2 operates outside of the more traditional markets. ,

We are focused on where our customers are focused and one of the recurring themes coming out of the Pay360 event was where growth is going to come from.
And it’s seamless and cross border. I don’t know if anybody’s concentrated on one particular market. So just say that UK for the moment, then that’s automatically going to limit what you do. And so, for us, it’s about cross border trade and doing that seamlessly. Whether it’s the 160 countries, we can verify individuals in, or whether it’s just that journey from one country and then document and facial recognition, for us, it has to be about the global aspect of it. Just trying to rely on providing one level of support is not going to allow us as a business to grow, and it’s not going to allow our customers to grow. So for us, it’s all about that seamless customer global journey.

Oh, I think one of the biggest changes we’ve seen over the last 6 to 12 months is all around KYB. Everybody knows, know your customer KYC. The fist money laundering directors are essentially around the ultimate beneficial owners.
The focus there is all around the business and that’s become front and center. So thankfully, we’ve just beefed up our offering and that, because it’s one of those things over the last couple of years that people thought was a nice to have. Now it’s becoming absolutely business critical. So for us, that’s a really important part of adding that into the offering.

And since we were at Pay360, I asked Peter what are the big takeaways from that event. What did he learn and what did he hear was the big buzz in the payments and fintech industry

Probably two things. I think if we look at what COVID has affected the industry, everybody means lockdown and that legitimizes FinTech. So people that might have been thinking about it and people that were possibly looking at it, even if the big banks have suddenly, but a headlong rush to this 72% increase in app user.
Five years growth in three months. So it’s this drive to legitimize FinTech if it’s needed. And the other thing about the similarities between other regulated markets, which is around sort of scalability and sustainability, seamless and cross border, and then speed and accuracy, things are just getting quicker.
And so ultimately the ones that are going to win in any of these markets are bulls that put customers at the heart of what they do. So whether it’s called hyper personalization, whatever, you truly have to understand your customer. I think the W2’s this, or we play our part in that, but it’s all around collaboration and pulling all that.

So now that you know more about W2  this is the best way to reach Peter if you want to find out more.

I think we’re all on the usual LinkedIn and Twitter. And  W2 global data.com website, but we do a lot on social media, so you can find us on any of them, either through the W2 site or me as Peter Murray as to just reach out to, through all the usual channels and what gets up just straight away.

I would like to thank Peter for taking the time to talk to us about W2. And if you’re interested in hearing more conversations like this, that go deeper into FinTech, payments and how the industry operates under the hood, definitely check out more episodes of Inside the Vacuum, or I speak to founders and technology providers in the financial services space, talking about how they work and interesting insights from the industry. 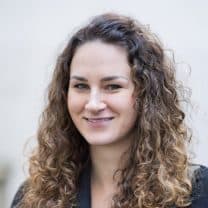 One Provider To Build It All

Investing and banking with Sheel Mohnot

It’s not a sci-fi, it’s here! Use your payment card securely with biometric authentication 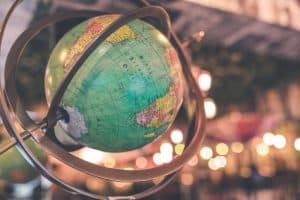 Challenges in digital banking for the SMB space: a US perspective